For her performance in indie feature "TRUE BELIEVER" 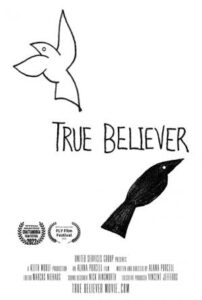 ... for Outstanding Performance in a Leading Role -

for Grandmother in "Three Women of Swatow" - Tarragon Theatre.

Canadian Stage's production of:  "Is God Is"

Videocab's production of: "The Cold War:  Part One"

The hit HBO Max/CBC hit series "Sort Of" received multiple nominations in the Canadian Screen Awards, and for Best Ensemble in the 2022 ACTRA Awards!  Congratulations to this whole creative team - including KBA client:  ELLORA PATNAIK, who plays the series lead "Raffo"!

for his nomination in the 2022 ACTRA Awards for:

- written, produced, directed by and starring:

will be presented in the Short Cuts series at the 2021 Toronto International Film Festival!

Congratulations to *CAROLYN FE*, who plays  the recurring role of  Lola on the Children's series:  "BLUE'S CLUES & YOU" - which was nominated for two 2021 Emmy Awards:

Sort Of, coming to @hbomax this fall

- starring *ELLORA PATNAIK* in the series regular role of Raffo.

...whose episode in the GMA Pinoy TV Original series "Becoming Pinoy" (Becoming Filipino) received The Communicator Awards "Award of Distinction for Video" in the Branded Entertainment Diversity and Inclusion Category. 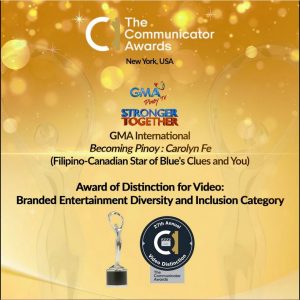